Weeks before Angel's planned skating party to celebrate her 11th birthday, we had already bought some vouchers and informed her classmates, cousin and a friend's daughter about the event. We decided to do it yesterday, since we will be going to Singapore on her actual birthday on the 29th of November.

Unfortunately, when we got there, there was a figure skating competition and so the rink was closed to the public. When I asked what time the competition would finish, I was informed that the skating rink will be open to the public at 4PM. We immediately informed Angel's friends about the problem but they still agreed to go and celebrate Angel's birthday just the same.

Since most of them arrived at about past 11 AM, we decided to have lunch first so that we can plan what activity they can do for the day. We went to Pizza Hut Bistro and ordered a meal for 12 persons. However, Angel's cousin called that they can't make it for lunch so there were lots of food left for us to take home.

This is not the first time we ate at Joey Pepperoni and always it's at the SM MOA. But this time was kinda urgent. The voucher we bought a few months back was about to expire last Friday. Coupled with that, our daughter had a school activity the same night: reading camp. 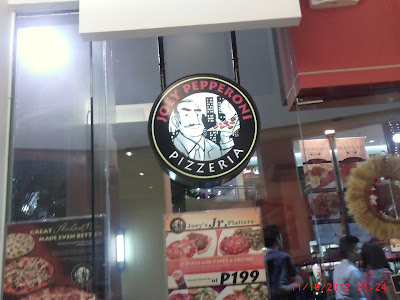 Right after the school activity at about past 8 PM, we headed directly to SM MOA as the restaurant closes at 10 PM. I dropped my wife and daughter infront of the SM Department Store so that they can order ahead while I find a parking space. 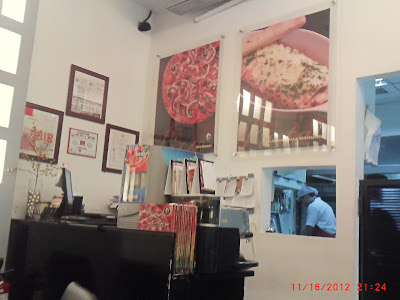 
After catching some sleep in the train from Melbourne, we finally arrived back in Sydney. Since we still have a day to spend here, we decided to use the last voucher that came with the train pass we bought: a return bus fare to Bondi Beach, the world famous beach.

Finally, 5 days after leaving Brisbane, we were on our way to Melbourne. After taking a bus in Canberra we were dropped off at Cootamundra where we were to catch a train bound for Melbourne. 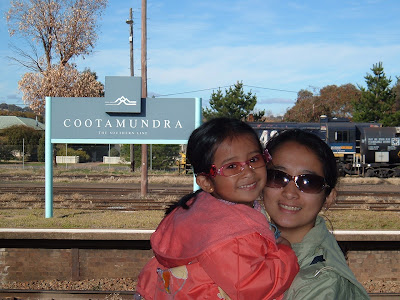 It was already dark when we got to the city where my wife's sister picked us up and drove us to their place in a suburb about 1 hour away from the city. We were to stay there for about a week.

Since my sister-in-law and her husband had to work, we were left to ourselves to explore the place. We spent most of the time going to the mall and around the neighborhood in the suburb. Every now and then, we go to the city via train. Since the bus going to the train station is not that often, we usually hitch a ride in my sister-in-law's car who also goes to the city to work.